Do they know what the potential pitfalls are? 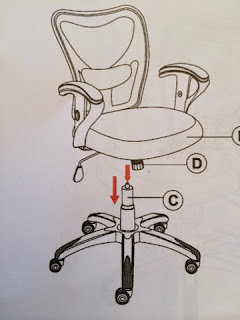 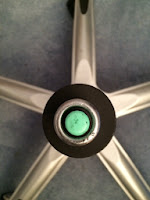 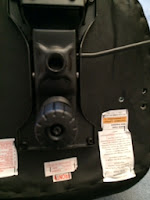 Yesterday I decided enough was enough and to get the office chair out of the box and put it together. I hate to admit how many weeks it's been there - although as I've not worked much from home since it arrived that's my excuse.

I had a home assessment of my office * and was told that, despite my old chair being ergonomically sound when I bought it 7 years ago, wear and tear had done the same to it as I have to my knees and it needed replacing.

All went well until I got to the placing the top on the bottom and then the diagram failed me. It took me lots of attempts, an aching back and a few choice words to realise I needed help.

I rang the help line to say I was having trouble placing part C on part D. She automatically said "there's another hole just behind D and that's where C needs to go". I laughed at the simplicity of the solution and asked "do many people have the same problem" "oh yes many" she replied.

Which reinforced for me why in our training we include a section on what a completed template doesn't look like ie what poor looks like. Helping people understand what to avoid - ie providing details of the potential pitfalls others often fall into when undertaking this task.

In the diagram above all they needed to do was add an additional arrow and a cross to show that no D does not fit in C and then show it fitting into E - simples.

Where might you be spending just a little too much time on what you do want and forgetting to provide information on what you don't want or some of the potential pitfalls to avoid?

Alison Smith
Inspiring change inside and out when what you're doing isn't working
* other recommendations included replacing the footrest and hand rest. They also suggested I keep a better eye on the glare from the window ensuring I used the blinds or screen and to ensure additional heat in the room was placed nearer to me than I had been putting it.