The science fiction Armageddon where the robots take over is here 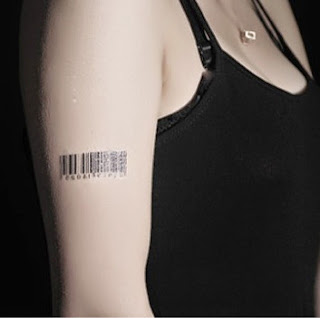 Lord Carey, the former Archbishop of Canterbury, was reported yesterday as saying he will support the assisted dying bill here in the UK. A bill that will enable people to power down their "instrument" early when its future functionality is compromised.

I support Lord Carey due to the fact that I believe we've taken the 'body as an instrument' analogy too far. We're no longer treated as individuals with personality and soul but a selection of body parts that can be put together time and time again, and again, and again. New technology continually extending the body's life despite the cost to the mind, heart and soul.
I went for my first breast screening appointment this week - something every woman here in the UK can look forward to once they hit a certain age. I wanted to change the day of my appointment and had difficulties because they didn't have my barcode. A world gone mad I thought when even our body parts need a barcode.
I realise there's administrative and efficiency reasons for use of a barcode for such appointments. I just wonder whether it simply allows all of us to to continue the myth of the body as an instrument. To forget, or possibly ignore, the human component to our bodies that means it's anything but an instrument.
It's said that to be a good surgeon means they have to forget about the person inside the body. If they didn't rapport and empathy would stop them being able to do what they do. So who is able to make decisions on behalf of the human being?
Tony Nicklinson asked for the right to die after doctors had 'saved' him following a stroke in 2005. He was left with 'locked-in syndrome'. Until 2012 that is when, after 7 years of a life he didn't want, nor ask for, he felt he had no choice but to starve himself to death after failing to get legal support for assisted suicide.
The doctors treated the instrument, and the legal system supported the view that so long as we have the technology and skill we must keep that instrument, the body, alive!

It should come as no surprise, therefore, that a religious leader is asking us to think differently about this. To consider I'm sure the soul - that 'inner being' that makes each human unique.

I rewatched Bicentennial Man this week. Its a film with Robin Williams as an android who outlives all the humans around him. He eventually asks his android technicians to build obsolescence back into his body. Thus enabling his body to cease to be at a date, and for a reason, unknown. He wanted the predictability of his body and life to be taken away so that he could live and love.

Isn't that the aim of life - to live and love with our heart and soul.

Once we make decisions simply based on the instrument we carry all our humanness around in then that science fiction Armageddon where the robots take over is already here.
Alison Smith
Inspiring change inside and out in procurement, business - and yes sometimes trying to do that more broadly :-)
1 comment:

Positivity or Negativity is a choice we make every minute 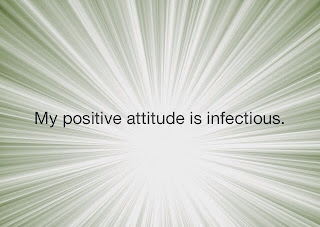 And then within minutes of sending the tweet, in answer to Ricky pondering on whether it would be sunny, I responded with 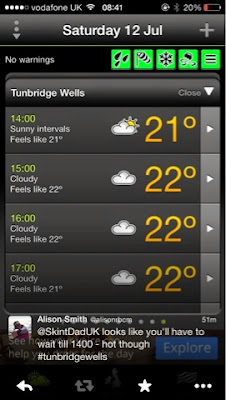 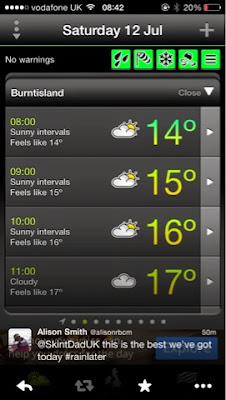 How soon we forget.

Thankfully the response was 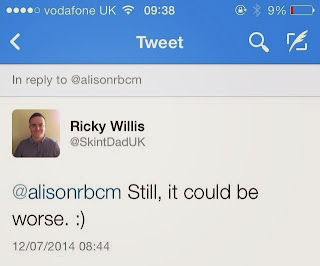 And reminded me of the choice we have about our attitude every minute of the day.

Alison Smith
Inspiring change inside and out in procurement
No comments:

I went to bed early last night - before 2300 anyway - and woke at 0630. I had also, unlike many nights previously, not woken in the night mind whirling about things to do.

Having written a blog on the signs that the constant doing has taken over I realised this morning I'd totally forgotten about sleep!! Despite it being a frequent topic in coaching sessions with clients.

Whilst scientists don't know definitively why we need sleep they know we do need it. Not least to put into long term memory today's stuff! It's a bit like filing emails into folders. If your emails stay in the inbox sooner or later you just can't find anything, or you exceed your capacity and can't receive any new emails until you've emptied your inbox.
Our brain is the same and sleep provides the opportunity to undertake this filing - improving access to your memory, and allowing for new memories and information to be stored, and avoiding overload.

Alison Smith
Inspiring change inside and out
No comments:

Deadlines - are they killing you?

I often blog about the implication of the language we use, and the internal representation that we have that supports the words - e.g. stuck in a rut, head in the sand, no pain no gain and making mountains out of molehills. The challenge is that often the words and image are unhelpful in achieving the outcome we want.

Deadline is one of those words.

There's such a finality and eventuality about a deadline. Whilst it's intended to mean the date by which something needs to be completed the words used convey much more - a line after which you can not pass without death?

Next time you get given, or have imposed upon you a deadline, do consider the implication of the words and perhaps replace them with something more appropriate and supportive of you achieving your goal and surviving afterwards - milestone?

Alison Smith
Inspiring change inside and out in procurement and business
No comments: