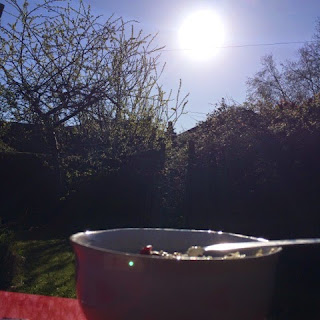 I'm writing this on my iPad as I eat my breakfast sitting in my garden.

It's 0832 on Monday morning, the sun is shining (till 1300 anyway) and I'm working from home today. I have no calls scheduled in the diary, and have some nice chunky work to do (you know rather than the 20 minutes of this, 30 minutes of that, interrupted by a number of 45 minute conference calls).

Yet I feel guilty for sitting here - I even had to drag myself passed the office door.

A voice whispered "just check your emails first." I knew however, that if I listen to that voice and took that left turn into the office, I'd be eating breakfast at my desk, and would be there for the rest of the day.

It's a feeling I recognise, and one I know signals a holiday is well over due. The signal that adrenaline is fuelling the need for constant doing, and knowing there isn't an ever replenishing supply of adrenaline available 24/7 365.

I've caught the feeling earlier than normal and have booked a week off next week. I wonder whether that's why I found it easier to have breakfast on the beach yesterday morning. 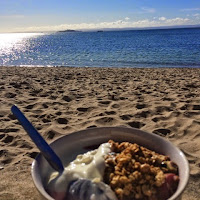 Perhaps that's the Key Performance Indicator (KPI) I should be measuring to track my well-being - 'the number of breakfast's eaten outside'? Or perhaps even 'the number of paddles taken' :-)


What triggers you to notice you're headed away from well being and balance, and towards stress and burn out?
You could argue that even 1 day of any of the above in a week is unacceptable. I suspect, however, we'd all choose a number slightly higher than that to provide some leeway for busyness and doing.

Its 0902 now and my breakfast is eaten and blog written (yes I realise that could also be a replacement activity for not being in the office).

The desire to get to the office is even stronger now and that whisper is getting louder ....
and I attempt to quieten it with:
Oh dear - it seems the only answer that quietens the need for doing is:
As ever on my own well being - the talking is easier than the walking! 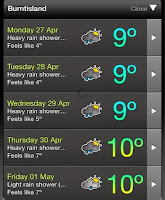 After 15 minutes of dealing with emails, and calls being scheduled for later, I did manage that walk and even managed a paddle in the sea. 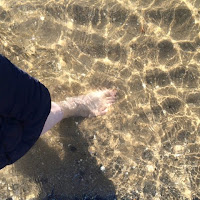 It's 10:33 and I'm now going to start my day and feel much better for the start I gave myself.

I would love to know the trigger that has you reassessing the speed that you're running your life at, and what helps you stop adrenaline's call.

* A reminder I hope that adrenaline junkies don't just drive fast cars, jump out of planes or climb steep cliffs. A junkie in the sense that you can't stop the current behaviour and don't want to either - despite knowing in the long run it's no good for you and you really should stop - would benefit from the stop too!
No comments:

Email ThisBlogThis!Share to TwitterShare to FacebookShare to Pinterest
Labels: being, doing, wellbeing

Yesterday was no different, and started with this tweet from Terry W. Virts on the International Space Station: 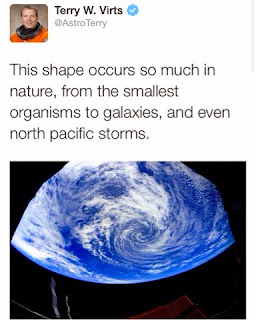 Tweets then continued on the theme of patterns - those in nature and in life.

The day concluded with an interesting coaching session, and I share the under lying pattern here (with full and kind permission of the coachee).

The current chapter of the book I'm writing is about the repeating the patterns in our lives. The ones where you say "Not THIS again!", and then, only a few months later, seem to fall into the same pattern and realise here you are AGAIN!

When repeating patterns in our lives it's really easy to get hooked into the 'content' of the pattern. That is we prefer to believe that the other person or organisation is responsible for how we're feeling rather than us being responsible. So you might hear:

The clue is the repetitiveness of the pattern - ie the only common denominator in this pattern is us. The question to be answered is therefore - how are we contributing to the situation?

Please note - I'm NOT saying we're to blame for the bullying. I'm simply saying we're responsible for not walking away - again.

Solutions to releasing the patterns above might be found by building self esteem, confidence or assertiveness skills. Sometimes the solution can be found in the past when we learnt the pattern (ie a behaviour might have worked when were 7 years old. We therefore keep repeating it believing it still to be a great strategy). Other times it's a bit like we're enjoying the hamster wheel of repetitions and don't really want to stop (example here when adrenaline is fuelling the repeated pattern).

Last night my client was in full swing complaining about the other person - despite this being the nth situation just like it - just involving other people. After a little while I realised the solution in this situation might be found with another pattern.

A majority of the time we judge and get angry about others due to one of our values being compromised. (See the blog on values to understand how and why this happens. It helps explain why not everyone gets frustrated at the same behaviour.)

A small minority of the time we get angry or frustrated because a part of us wants to be more like the other person (bare with me - it will make sense).

For example viewed from both these viewpoints someone's selfish behaviour might illicit anger because:

The problem is - if asked - the last thing you think you want to be is more like them. Which is why it's easier to stick with pointing the figure at the unacceptable behaviour and other person rather than your reaction to it.

This is what was happening last night.

Obviously when I said "I wonder if you want to be more like them" I was met with a resounding "Are you mad!"

I persevered (I'm good at that!). Believing it to be about them needing to be more selfish, and to put their needs on at least an even footing with others, I used a metaphor, and asked her to imagine the needs of other people to be in boxes.

We soon had an imaginary room full of different boxes of different sizes, shapes and colours representing the other people in her life. 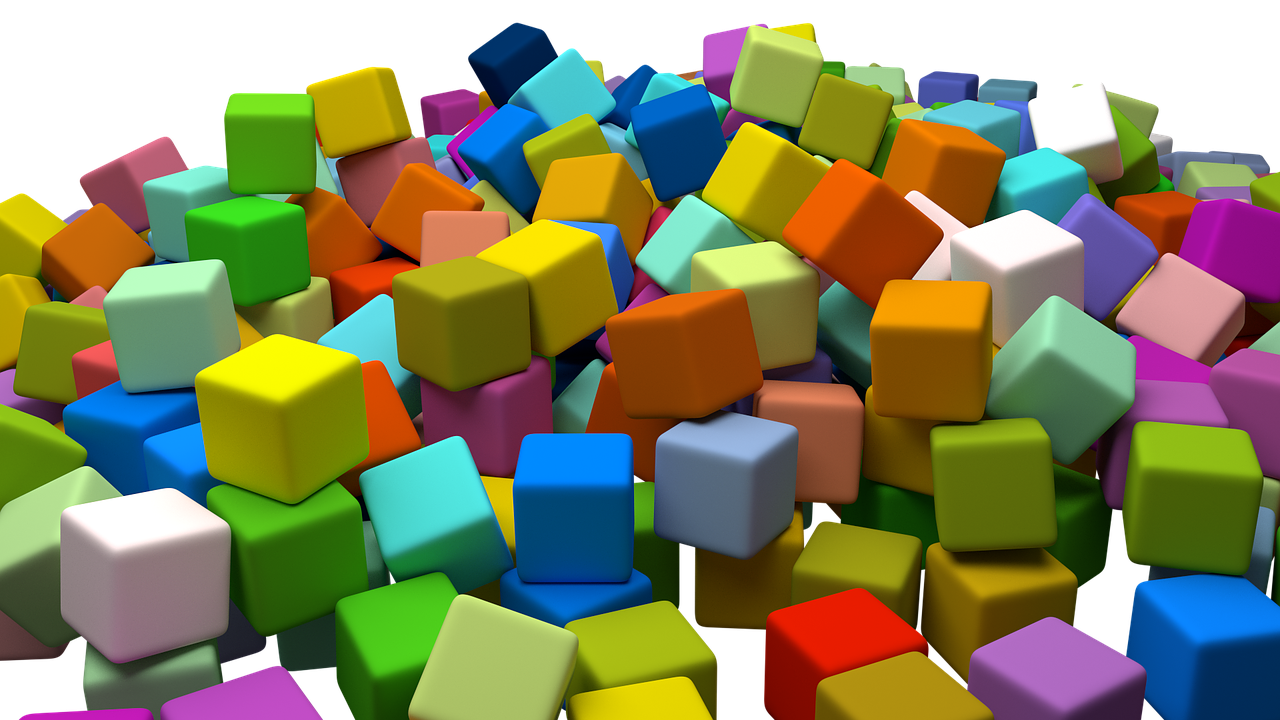 I then asked her for the size, shape and colour of her own box.

I also asked her to imagine how other people she admired might imagine their own box to be like.

The answer she gave enabled us both to understand how she might need to be a little more selfish.

Suffice it to say this week's homeplay is for her to imagine her own box - to perhaps even get one in reality, and to bring it into the forefront of her mind and to play about with the representation. To explore what might help the imagined box (representing her needs) to have an appropriate relationship to the other boxes.

To notice what she noticed as she did this. To notice perhaps how, as she played with the box, her relationship with the other person changed (ie how the repeated pattern changed). 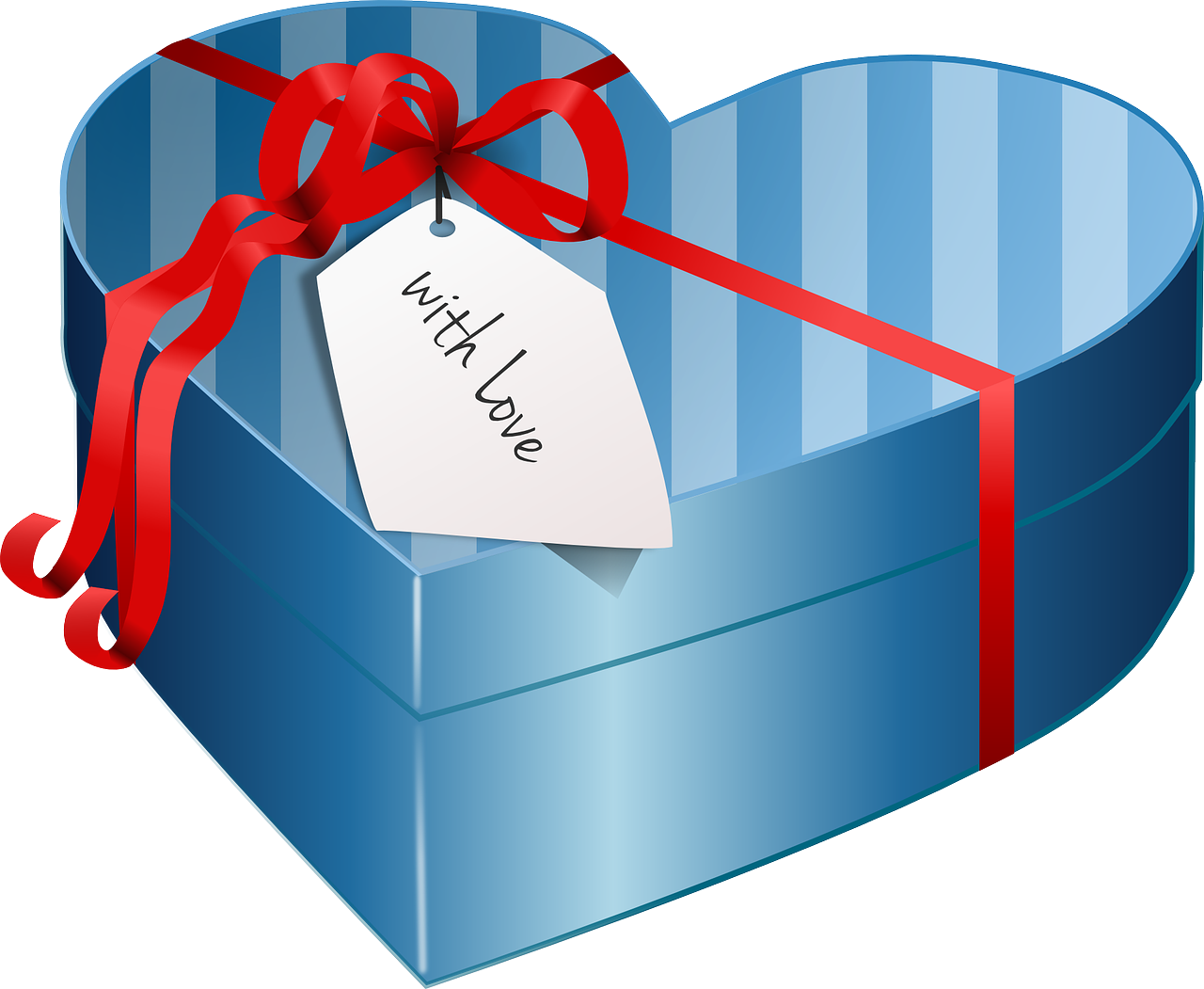 Too soon for news on progress, but a great example of how recurring patterns can be explored using the internal metaphor we're using to represent the situation.

What recurring patterns might you want to release? What benefit would releasing it have on your life, and what step do you need to take to achieve that?

Previous blogs using nature to explore our less than helpful patterns have included: