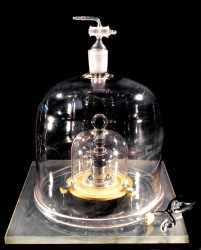 *
The difficulty with presenting any model of communication and influence is that it's full of generalisations and therefore it's easy to get caught out if we forget to calibrate for an individual. That is forget to understand how the model should be applied to, and would work for, that specific person.

A quick example is all those body language books that tell you if someone crosses their arms it means x, and if they hop on one foot it mean Y. Of course the theories in those books have merit but you need to calibrate for the individual for it to have real meaning. Crossing their arms does mean something - what it means is still open to debate until we have more information - do they do it all the time, just in certain circumstances, aligned with a certain tone or facial expression, with specific people etc. The model helps you look to see if it might be true for them but it doesn't mean it is until you've done more observation.

(If you understand the concept then please jump straight to the last paragraph - otherwise join me on a once in a blue moon (for me here in these blogs anyway) in depth exploration and unpicking of an NLP theory - eye accessing cues.)

For example: eye accessing cues is a model in NLP that only works if we calibrate for an individual. You can't take the model, simply apply it to everyone and know you're making the right assumption. Despite the fact that many apply the model and will tell you that if someone looks up and to the left they're lying!
Let me explain - The eye accessing model suggests that when we visually recall something we will look up in a particular direction. It also suggested we'll look up in the opposite direction when we're visually constructing an image. (It also tells you where you'll look when you're hearing and feeling things too but lets not complicate matters.)

If you've not come across the model before then try it for yourself.

Find someone to do this simple exercise with.
If the person fits the generalisation then:
Which means when you're talking to them and they look up and to the right you now know what they're doing (more about what assumptions might be made later).

If they looked in the same direction when you asked them both questions then you may want to explore that a little more. It is the reason why we can't simply apply these models without calibrating for the individual.

If the model is right then when constructing an image we look one way, and when remembering an image we look the other. So if we look the same way for both then we could deduce one of the following:
You get my drift. Asking people other questions you know the answer to and calibrating to see what direction they look may help you understand more about what they're doing.
Constructing something visually doesn't however necessarily mean someone is lying but it could do - you'd have to ask a lot more questions and calibrate how they do what they do to get a bigger picture to be able to make that deduction.

A round about way of saying that when influencing others you need to:
Alison Smith

Inspiring change inside and out

* Image above is the international prototype of the kilogramme (IPK). It's what every other KG is calibrated against. It is made of an alloy of and as been conserved at the BIPM since 1889. Sorry the geek in me loved the image :-) There was a programme on the BBC earlier in the year all about it!