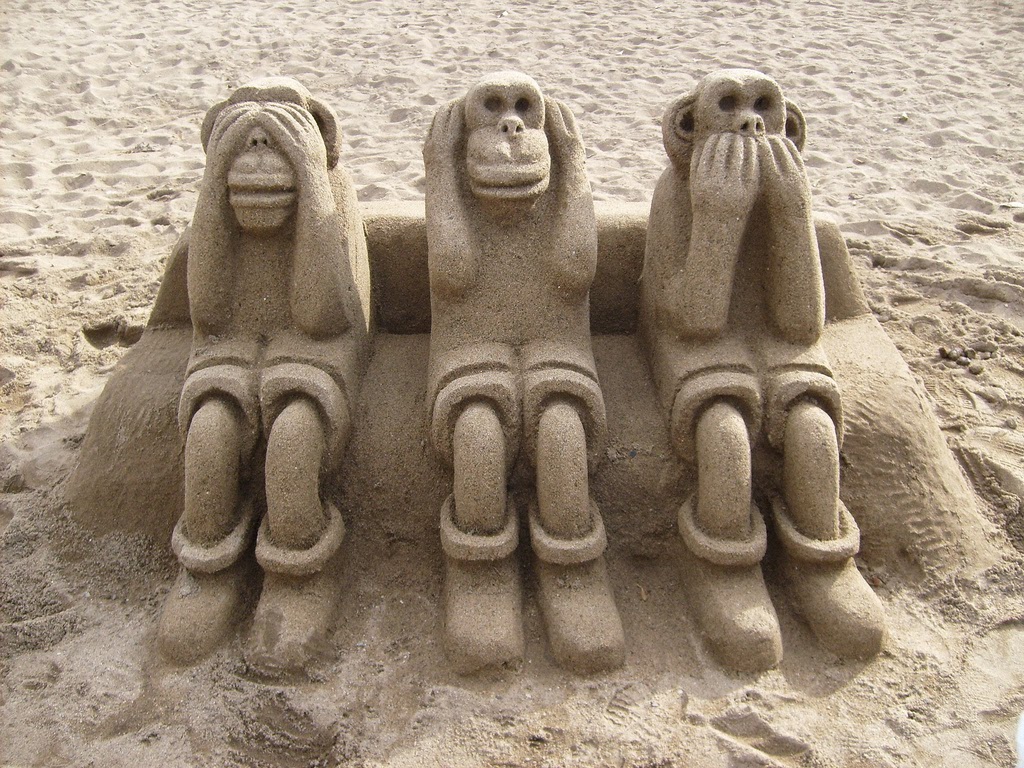 Enough is enough - I am fed up of hearing "that's nothing new" "that's just the way it is" "get over it" or "get real" about my reaction to unacceptable behaviour in business.

I wrote a blog some time ago about a problem RBS was having when their ATM software went awry, and said it was as much YOUR fault as anyone else's. It was also your fault the financial system crashed, your fault for horse meat gate, in fact your fault for every non natural disaster that's ever happened. Not someone else's fault, not that person over there you can point a finger at and say "not me gov - it's their fault" - your fault - or more precisely - our fault.

Our fault for every blind eye we're turned to unacceptable behaviour - because every time we turn a blind eye we give others permission to do the same. We give permission to accept and condone:
Or perhaps the less obvious and more insidious unhelpful behaviours:
I hear you when you tell me "if I say anything I might lose my job". I fully understand you have bills to pay - me too. Since when did having bills to pay mean different criteria should be used for what is and isn't acceptable behaviour.

Bullying is abhorrent but if saying so means the difference between mortgage paid and not you'll just ignore it and be like those 3 monkeys and see, hear and do nothing - is that it?  Going down that slippery slope landed us in BIG problems in 2008 and has continued to do so with every crisis since then.

Next time to start to agree with someone in the office that a certain behaviour is unacceptable (but you can't really do anything about it can you) then as the song goes:
and realise there could be a different outcome if you make a different decision this time and responded appropriately.

This blog didn't start out with the intention of linking to the wonderful news that Malala Yousafzai has won the Nobel Peace Prize alongside Kailash Satyarthi. There's a link there none the less.
If you'd like more evidence of what's possible just watch the live videostream from One Young World next week in Dublin (Wednesday 15th - Saturday 18th October). Where inspirational young people from all around the world will be speaking up for what's right. I promise you'll be inspired and touched by the stories you hear - many more Malalas in the making.

A reminder perhaps of the ideals you had at their age and may have lost somewhere along the way - why not join them in making a difference in your world?

Alison Smith
Inspiring change inside and out - sometimes a little more forcefully than others ;-)

(It was recent reactions to Tesco's procurement strategy for dealing with suppliers that has finally inspired me to write. See David Atkinson's blog on the subject for more info and the reactions of others suggesting its nothing new!)