Influencing: It's NOT about manipulation 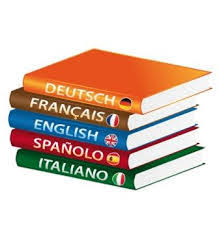 Oh dear I do feel like I'm opening a can of worms with this blog but it needs to be said.

People often get worried when they find out I'm an NLP trainer - they think I'm assessing their every move and will then be able to use that information to make them do something they don't want to do.

NLP arose in the 70s and simply modelled what people who were good at things did.

For example: Rapport is taught in NLP practitioners and workshops - it's nothing new - we're doing it all the time unconsciously - you only have to look around the pub and watch people to see them happily mirroring and matching each other for yourself.

When you're struggling to engage with someone what knowing about Rapport does is remind you to look for the similarities between you both, before you explore the differences. It also reminds you that these similarities might be in the words you're using, your tonality, your body language or even what you're interested in or motivated by.

Simply put - modelling generated some generalisations about how people respond to each other and what works best and what doesn't work. Calibrating for an individuals preferences though is still required.
Using these models isn't about manipulating the other person into agreeing with you, or you lying to make them think you're the same, it simply enables you both to find points of agreement to use as a basis for exploring the areas of disagreement.

These models help you both to understand each others points of view better. When that happens then it's always going to easier to make changes to your own point of view or for the other person to. It's why, when I applied what I'd learnt, my stakeholder said she thought I was easier to deal with, and yet I thought she was.
If what you're doing isn't working then understanding how the other person you're communicating with ticks helps you to change what your saying, so they understand what you mean. Knowing these models is like having access to the translation book for that individual. If you're talking the same language you're much more likely to understand each other than when you're both talking a different language.

With that off my chest perhaps you'll join me as I explore the different models of influence.