That's just the way business is!

I started 2017 with an intention, or was it a plea, to ensure that Procurement didn't leave their humanity at the negotiation door. After attendance of a conference on mental health today I realise leaving humanity at the door is a challenge many in business face, not just procurement professionals. 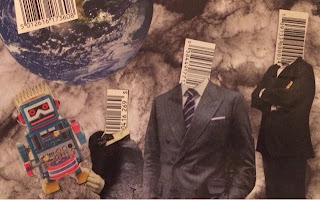 The conference I attended was HeadTorch's #WorksMental in Glasgow. I was official tweeter sharing some of the snippets from the day, and connecting with other's from around the world also speaking about mental health whether at Davos, Westminster Palace's #Headstogether, or BellsLetsTalk over in Canada! (see the # link for more on the tweets shared). 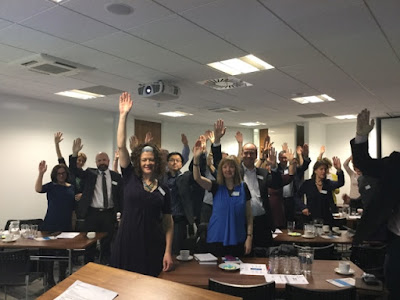 The challenge is whilst physical health is generally talked about and accepted in organisations, there's still a stigma associated with talking about mental health.

As I heard the stories of managers reactions to those with mental health difficulties today I was appalled and saddened. Bullying behaviour, disrespect, abusive language all being validated by the words "That's just the way business is"!

Interesting to consider of course that those business leaderships wouldn't feel the need to justify their behaviour if they thought it was acceptable.

With January 20th, and the presidential inauguration fast approaching, I'm also reminded of similar bullying responses that seem to suggest "That's just the way politics is" too! The same self interest, protectionism, bullying behaviour that justifies inhumane treatment has been seen there too.

I wish I could wave a magic wand and change the situation - but I can't - not over night anyway.

Here's where my thoughts are on WHAT WE CAN DO:

If "it's just the way business is" then it's like that because people acted without humanity and people accepted it. Over time we learnt that the values that drive our actions outside of work are certainly not the ones that can or should drive our actions at work! Somewhere along the lines we all started to believe the lie "That's just the way business is" and started to act from that belief. We accepted or turned a blind eye to those actions that, if undertaken in our personal lives, would have us disowning or walking away from the relationship.

I often get told I'm naive to expect business to operate differently. I also get told:

I also get told
I'm not that different really - all I've done is not accept the belief that I have to leave my humanity at the door when I'm working.

Yes it is that simple.

Before you start with "But that won't work" or "If I do I'll get abused/harassed for it", please hear me out.

Firstly who is this "business" you're talking about - are you not a part of this entity called a business? And if so what are you doing to change your own actions to align with this better business we want to see in the world.

If you believe it won't work, and that's your reaction before you've tried doing it then you are still believing that business can not change - belief in the possible has to come first, otherwise change will never be possible.

I was the same over 11 years ago - I felt dis-empowered, bullied, and couldn't see that there was a different way for business to operate. Time and distance provides a perspective that says business can be all the positive things we want it to be - we just have to believe that it's possible.

It doesn't come, however, without making difficult decisions.

Just like the bullied wife, who can't see beyond the belief of her husband that she's worthless without him, and thus so far has stayed and put up with the bullying, disrespect, abusive language, self interest and protectionism, we each have a choice:

Together we can bring humanity back into business - we just have to believe it!

PS: Having just returned from hearing astronaut Colonel Chris Hadfield speak I've written a post "the sky is not the limit" where I end with the words:

To provide more evidence of the possibility of taking our humanity to work I'm wanting to interview organisations where humanity is embraced in all of its daily actions, and especially procurement. I'm hoping that will include B Corporations, and that The Elders may also be able to point me in the right direction. Any suggestions of organisations to talk do please do get in touch +44(0)7770 538159 alison@alisonsmith.eu.

Attendance at other #worksmental conferences have had me writing the following posts:

And some posts aimed at Procurement professionals: