Benefit of the doubt

As part of a recent Purchasing Coach relaunch I've brought to the fore what I, and those who have worked with me for years, see as my USP - my use of unconventional tools to unlock potential.

I get that - I've successfully worked in procurement for major corporates for over 30 years - I really do get that.

What I have discovered though is when people are stuck, or breakthrough thinking is required convention doesn't always cut it.

As I've written about before: If what you're doing is working then that's great, I'm happy for you, and I agree you certainly don't need my help. If, however, what you're doing isn't working then doing something different is needed. I have a few ideas on how to help you do that, but let's get this clear, change is needed, and any resistance to that change needs to be addressed. The decision is more about who will help you do that.

I can't think of anything better than being faced with a situation that requires unlocking. Call me odd, but I get a real buzz from that sense of stuckness. Or perhaps the better way of describing it is - I get a buzz from the potential that's available to be released. As a result I've become very good at helping people release that potential.

I have a frustration though - sometimes it feels like those most in need of unlocking, or with the greatest potential to be released are kept away from me :-(.

One of the common reasons I hear from those people who decide not to use me to work with someone else is:

"I totally get you Alison, but they won't. I'm afraid they're just too x,y,z, and not open minded enough to get you." 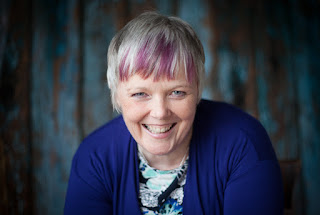 Let me share with you some examples of the circumstances in which I've heard these words:

I asked a trusted colleague and expert on influencing why this might be happening and their insightful response was
I wonder if other things are at play too.
Of course I'm not going to be everyone's cup of tea, and in some of the instances when someone chooses not to put me in-front of  their colleagues, stakeholders or suppliers they're making the right decision.

However do please give me the benefit of the doubt because:

Over the next month I'll be sharing examples of these unconventional tools applied to real life procurement issues to give an insight to how beneficial they can be - with hard not just soft benefits.