How do you spell CAN'T? 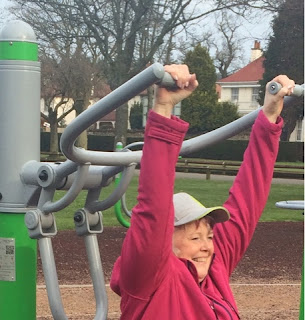 
When I looked quizzically at him his response was:

Which, as with other similar one liners from him in the past, stopped me in my tracks.

I'm very quick to pick up on other's language when it's inconsistent with their stated goal but often fail to recognise when I'm doing the same.

Use of "can't" conveys an element of impossibility, of thresholds being met and of potential already achieved, with no further room for improvement or excellence.

Use of "won't" conveys a different situation altogether. One of potential resistance, where a decision has been made from the mind rather than based on the experience of trying and evidence.

A great reminder of the magic that can be found by choosing the right words in any situation.

As Gavin often tells me - my body can stand almost anything, it's my mind that I certainly have to convince! 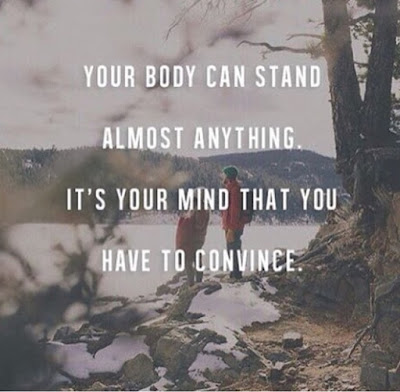 Onwards and upwards on the ongoing battle between head and body!

** NB Picture at the top taken on one of the rare days I didn't moan!