If the Earth was a supplier 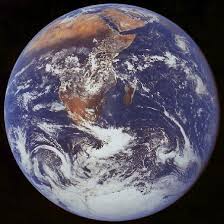 I'm not sure what set my filters to notice, but there seems to have been a lot of discussions on sustainability recently. I'm sure there always is - it's just been a main topic of many of the conferences I've followed vicariously via livestream and on twitter in the last month: IoD, one young world, CIPS, CIPS awards, climate justice and a meeting I attended facilitated by the unreasonable learners inspired by The B team.


As I reflected on the Landscaping Your Life process, where I use the wisdom of nature to identify solutions to life's challenges, and the profession in which I apply it most, procurement, I wondered about our relationship with the Earth and its sustainability.

Due to our dependence on the goods and services supplied by Earth shouldn't we be wanting to develop a relationship with the earth. Wouldn't it be in our best interest to ensure the long term flourishing of the Earth for our future needs?

Since we're continuing to deplete the finite resources of the Earth at ever increasing knots it would seem we haven't quite got our relationship right with the Earth. Which had me wondering what insights and changes in behaviour might emerge if the Earth was classified as a supplier in the supply chain.

The answer is this blog.

I've used David Atkinson's 10 guiding principles to Supplier Relationship Management (SRM) (shown in italics below) as a basis for this exploration.

Two reasons for this jump out at me (although I'm sure there are others):
That said I share here observations that arise if we were wanting to build a relationship with the Earth as a preferred key long term permanent supplier of an organisation with a SRM programme:
What will you do differently today in your relationship with the Earth and please don't ignore the one thing you know the Earth would be screaming about if only they had a voice.

Inspiring change inside and out
* We often refer to organisations as 'they' or 'them' and not 'it'. When writing about the Earth I started to use 'she' rather than 'it' but realise perhaps that's the problem. We don't treat the earth like a supplier because we treat them like an inanimate object, or personify them, rather than an Eco system made up of many more interconnected components than any organisation. As I wrote the blog I chose therefore to treat the Earth as an organisation and therefore use 'they/them' throughout to recognise these many component parts.

This also links to an earlier blog I wrote on use of empathy when all else fails to get more right doing. In this context empathy is certainly easier when aimed at 'they/them' than 'it' don't you think?