Are you always or never late? 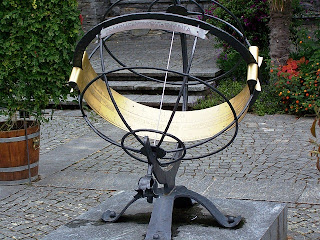 Judgement of others is something that raises its head weekly in conversations at work, coaching and personally. Time keeping is one area this judgement takes place in, and I'd like to share an updated blog from the archives that I've shared with many people recently on the subject.


If I was to ask "which of the following applies to you when arriving for appointments?" most of us would be able to find one that applies most often:
I'd suggest I'm No. 3 most of the time with equal distribution for No. 2 (if I have no idea where I'm going) and No. 4 (if I get caught in traffic because I didn't allow much time for delays).

The fact is both No. 1's and No. 5's get frustrated with each other for different reasons. No. 1's will think that No. 5's don't respect them because they're late. No. 5's think No. 1's are being over sensitive. Both will certainly think their belief about the other is right. And from their worldview they're both right.

In NLP (Neuro Linguistic Programming) there's two descriptions used for our relationship to time which help explain this difference:
Those who arrive early I would suggest are likely to be thru-time - thinking ahead about what they need to do to get to the meeting on time but they may be seen to be distracted in an earlier meeting. Those who are late are likely to be in-time - fully present and in rapport with those in a previous meeting but not aware of the time and approaching next meeting.

We each have a preference for which style we use most but the key is being able to be flexible and switch between them as appropriate. The problem becomes when we get stuck in one mode. I suspect with increasing use of technology and increasing pace of life it's easier to get stuck in thru-time - as wonderfully described in the HR Juggler's blog.

To continue the theme from recent blogs on learning from nature, I'd suggest that whilst nature (naturally via quartz and pulsars) does have the ability to track time very precisely it's only humans who have decided to use this ability to determine the precise content of every second of their days. The rest of the inhabitants of the planet seem to be quite happy with deciding action based on more basic, and I'd suggest less stressful, mechanisms such as where the sun is in the sky, time of year, feelings of hunger and so on.

What preference do you have for your relationship with time? How does that impact others you work with and your judgement of them or they of you?

Blog 11/31 in the ultimate blog challenge for July.