Reasons to be angry part 2 - mirrors 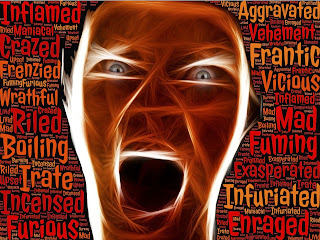 When we feel anger it certainly feels as if our anger is justified - of course we believe we're right to be angry about the person doing this, saying that, or not doing something else. However consider these 2 different reasons for anger:
It's this latter form of anger I want to explore.

Last week I discussed the situation where our anger arises from compromised values. That is we value a behaviour so much we get angry when other people don't meet our expectations in that regard.

Today I want to look at anger when its source is the disowned parts of us that we see in other people.

I'm sure we can all recall times when someone has said of another "they're so arrogant" or "rude","selfish", "lazy", "critical", "aggressive", "dishonest", "competitive" and so on - when our response to them would ideally be "and so are you".

The key is remembering if we can say "and so are you" when someone judges another person - then the same can be said of us. That is we too can judge other people simply because it's a fault we don't accept in ourselves. The key to recognising this is happening is that anger or irritation is often involved.

Consider the following list and rank the level of anger/irritation (0/10) you feel when people demonstrate the behaviour:
If non of these have pressed your buttons then write your own list of what behaviours do press your buttons and that illicit an angry / irritated response. To do this you may want to remember when you've been irritated with someone, and identify the behaviour they were demonstrating that triggered your reaction.

For any of the higher scoring behaviours you may want to consider if any of the following are true:

The clue we're onto something useful for this last point is the discomfort we feel when we 'agree' we too can be seen by others to demonstrate, some of the time, some aspects of, that behaviour - but we don't like it.

Another clue we're disowning that part is the ease with which we can run down the rest of the list and say "yes I can be like that sometimes" with no emotion nor discomfort accompanying the statement.

Yet when we get to a disowned behaviour we resist acknowledging that this behaviour is also a part of our repertoire. We get uncomfortable and try to qualify our behaviour.

To take the anger out of our judgement of others requires us to own, acknowledge and appreciate that behaviour in ourselves. Oddly as it sounds it's this ownership that takes the heat our of our own behaviour - it's as if when we don't own it - the behaviour controls us. As soon as we own it we have choice about how we demonstrate the behaviour - enabling us to utilise all its best qualities rather than only show its more challenging sides.

Easier said than done and may include considering one or all of the following:
I'd love to know if you've had any ah-ha's as you've read this.

I realise as I've been writing this that much of the insight shared here have arisen as I've used the Frameworks for change Coaching Process with clients to address many of these sorts of behaviours (see ** below for more on the process). If you're interested in finding out more about the coaching I do please call me +44 (0)7770 538159 or email alison@alisonsmith.eu

* Every time I read 'Reasons to be angry part 2' I think of Ian and the Blockheads Reasons to be Cheerful part 3 and remember seeing them at the Victoria Hall, Stoke on Trent in 1978! Oh dear - with my birthday approaching - that does make me feel old! 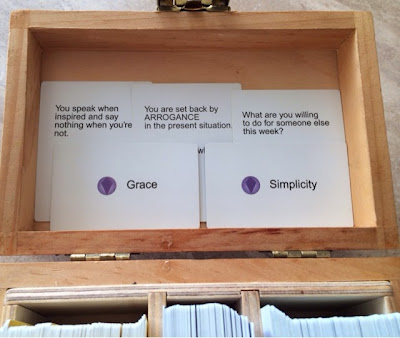 *** I do like Johnhain's pictures (as shown above) and found in Pixabay - I've used his images a few times on this blog. I must buy him a coffee very soon.