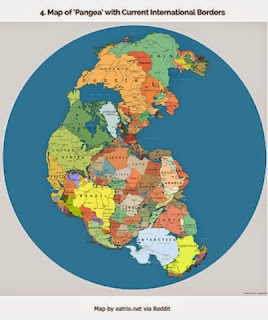 One of procurement's value levers is consolidation. The premise being if you buy more from a supplier the price will come down because of the increased cost efficiencies that arise as a result.

The continuum over which consolidation may take place covers:
Stakeholders often tell procurement that as an individual they can purchase cheaper than central procurement negotiating on behalf of the national organisation. That may be but for standard and commonly required items once the total cost of sourcing, negotiation, order, shipping, delivery, receipt, payment, storage, use, maintenance and disposal is taken into account it's generally not the case.

There does however seem to be a limit over which the benefits of consolidation no longer hold true and where that limit lies depends on:
For some goods and services therefore negotiation at an individual level might make sense, and for others negotiation at global level may be preferable.
The Scottish independence referendum has similarities with this continuum. Up till now Scotland, a subsidiary of 6.5 million people, has benefited or otherwise from being a member of a bigger organisation of 65 million.
The indyref debate centres on whether Scotland can benefit from being independant or not.
As an English born, Scotland living procurement professional this is one of a series of blogs looking at the analogies between the Scottish independence referendum (Indyref) and procurement. The first blog tackled the need for facts and data to identify the increase and reduction in revenue, cost and risk for every aspect of running Scotland as an independent nation. The second blog considered the belief that  the grass isn't always greener on the other side.