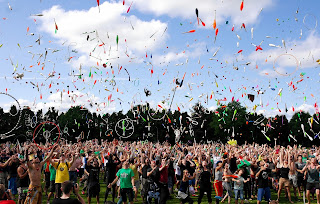 I'm never one to pass by a metaphor in a clients language. Not least because they're a quick and easy means of exploring a situation, and finding a wide range of potential solutions.

For example, if someone were to say they felt like they were juggling balls I'd be more inclined to explore the balls, than I would all the things on their to do list, emails, priorities and behaviour of their boss currently responsible for all those balls etc. The main reason being, we can get so lost in all the facts, data and judgements that we end up defending the current situation.

Over the years, I've had many people describe the current undesired situation as like they're juggling too many balls. My response would be to ask more about the balls - type, colour, number, size, direction of travel and so on. 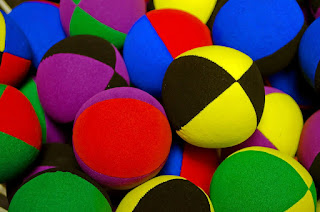 It'a not the current real life situation we're exploring, it's the representation of juggling balls we're interested in. 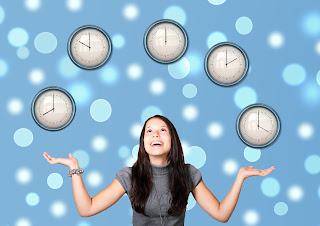 Once the current juggling has been described, drawn, enacted or simply considered then it's time to consider the options that exist.

It's important we don't go back to the real life situation just yet, but instead stick with the metaphor a little while longer.
No right or wrong, nor judgement, just what ever answer comes to mind. 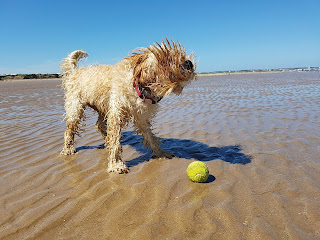 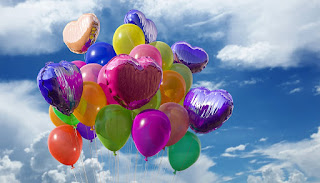 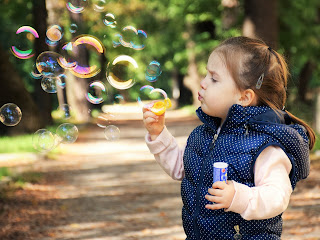 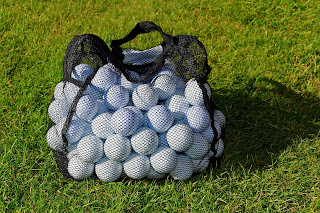 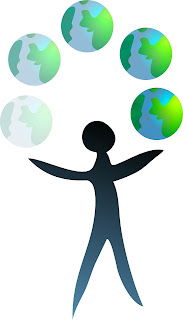 The aim is to keep exploring the metaphor until you've exhausted all the potential solutions - fun, silly, logical, absurd - no right, no wrong just - a exploration of the metaphor you're using.

Once you've done that, and only then, you can explore what these suggestions mean in the real life situation - solutions that thus far you'd been resisting or had not even considered.

For example, putting all the balls on a Velcro board meant that people throwing balls in the direction of the person could see what else they already had on, and might decide someone else could take responsibility for the ball. Which meant them developing a log of what they were being asked to do, and when people came to them with more work to visibly been seen to be adding it to the list, and discussing it's relative important compared to other activities on the list.

Spinning plates is a metaphor that aligns very much with juggling balls and many of the solutions might be very similar. At the weekend someone suggested they simply needed to put their plates on a plate rack - which felt much less stressful and easier to deal with than the previous model. Although we also discussed adding blu tac under some of the plates to help them stay there whilst the person took a well earned rest!!

The aim is to provide your mind, that currently feels stuck, to understand there are other options and be open to exploring how to apply them to the current situation.

How is the language you're using to describe the current undesired situation also the solution?

Other recent solutions, explored in the blog and found within the very words we're using, have included going around in circles, life gets in the way, we're on different pages, and fun vlog about turning over a new leaf.

Email ThisBlogThis!Share to TwitterShare to FacebookShare to Pinterest
Labels: back on track, language, metaphor, options, solutions